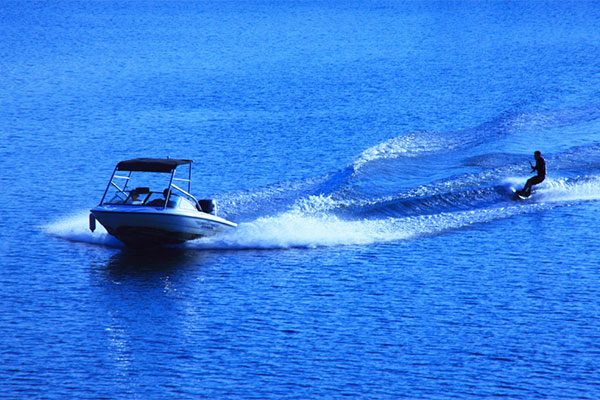 “You almost certainly know the horsepower rating or displacement of your boat’s engine. But some marine-engine manufacturers have begun marketing torque over horsepower.

Torque is a measure of force, usually expressed in weight times distance. Hang a 10-pound weight from the end of a 5-foot-long horizontal lever and you have created 50 pound-feet (10 x 5) of force. In engine spec charts, torque is stated in pound-feet (lb.-ft.) or newton meters (Nm).

Horsepower (aka kilowatts) is power, a measure of work accomplished in a specific period of time. If you lift five 10-pound weights off the floor and set each on a shelf 4 feet high, you’ve moved 50 pounds of weight 4 feet, which is 200 foot-pounds (4 feet x 50 pounds) of work. If you finish this task in two minutes, you have produced 100 foot-pounds of work per minute. One horsepower is defined as 33,000 foot-pounds of work per minute. The formula used to calculate the power of a rotating engine is: horsepower equals (torque x rpm)/5,252.”

While you regularly see horsepower listed as the defining metric of power for boats and other vehicles, torque is starting to get more recognition. In fact, some manufacturers have begun to market torque as the primary attribute of their outboard engines.

The team at Robbinsdale Marine offers used and rebuild outboard engine sales to Twin Cities area residents. Call us at 763-533-0300 and ask about our inventory!