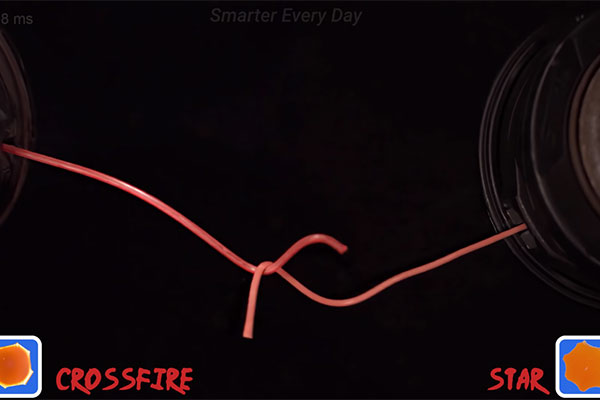 YouTube Channel SmarterEveryDay posted perhaps one of the most interesting weed wacker experiments ever conducted. That is, they created a bracket tournament where 8 different types of weed wackers faced off against each other. Each round saw 2 weed wackers “fight” by having their strings strike one another. The one that sustained the most damage or fraying was out, while the winner moved on.

This might sound like an amateur experiment but with nearly 10 million subscribers on YouTube, the production of this video is jaw-dropping. Slow-motion cameras capture the damage and playback is explained with detailed analysis. It’s something you might expect to see on Discovery channel!

Check out the video by going to their YouTube Channel.

Obviously, such a tournament should never be conducted without expert and professional insight. Even though the strings are not sharp, they can still harm you when in operation. It’s best to just use tools like this as they were intended!

Robbinsdale Marine has decades of experience when it comes to weed whip repair. We offer maintenance as well as select repair and parts to ensure your weed wacker is running smoothly. Call us at 763-533-0300 to learn more.