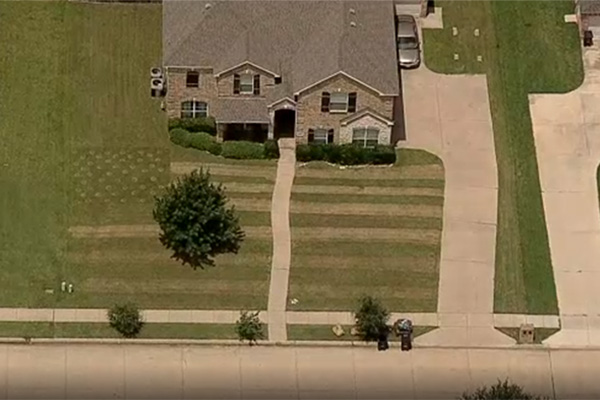 “A Texas teenager spent hours ahead of the Fourth of July mowing the American flag into his lawn to honor a fallen friend and soldier.

Local television stations captured aerial views of the project, which took James about four hours, according to KXAS-TV.

“Our mower has different settings, so I just changed the settings so the grass would be different lengths for the stripes,” James told the TV station. He added he used a string trimmer for the stars of the flag.

What a heartfelt tribute for such a tragic loss. As you can see in the picture, a lot of effort was put into this mowing job. Hopefully, the soldier’s family can take solace in knowing how he affected this one particular young man in such a positive manner.

At Robbinsdale Marine, we specialize in lawnmower repair. If you’re having issues with your mower please call us at 763-533-0300 or visit our outboard engine page for more information.