Man gets DUI when driving riding lawnmower on highway 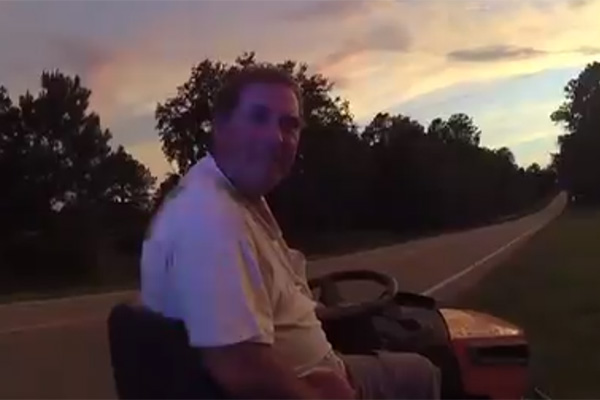 “A drunken Florida man with three previous DUI convictions was arrested while driving a riding lawnmower in the middle of a highway, authorities said.

Paul Burke, of Fort McCoy, was busted Wednesday on west Highway 316 in Marion County, where he was traveling far slower than the posted 55-mph speed limit, the Orlando Sentinel reports.

Burke then tells the deputy he isn’t going to lie, admitting that he is heading home on his lawnmower after leaving his residence earlier, video shows.”

Some people tend to think that just because they are not driving a car or truck that driving while intoxicated won’t apply to them. The fact is, a serious accident might have occurred despite going a fraction of the posted speed. It’s possible that he might have become seriously injured himself by rolling the lawnmower down an embankment.

At Robbinsdale Marine, we encourage everyone to drive responsibly, whether on a riding lawnmower or otherwise! Now if your lawnmower engine needs repair our skilled technicians can help. Call us at 763-533-0300 or visit our lawnmower repair page for more information.